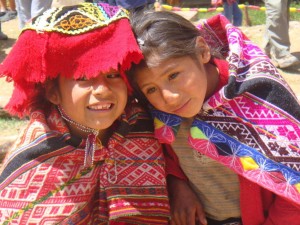 As the saying goes, there is a time and place for everything and my time finally arrived in September 2010 when I left South Africa for a spiritual journey to Machu Picchu after waiting 30 years since I first had the desire to go.

On arriving at Cusco the biggest problem is acclimatizing to the high altitude. We had two days set aside for this which gave us our first taste of experiencing the mixed Spanish and Inca culture in this quaint but touristy city.  I drank plenty of coca tea and chewed the coca leaves to help with altitude sickness but nevertheless I suffered with a monster sinus headache and had to take a quick fix pill before going on our travels to even higher altitudes.

The beauty of nature has always given me such incredible satisfaction but the sheer size and magnificence of these majestic mountains that completely encircle the Machu Pichhu ruins is breathtaking beyond description. When I entered this ancient city built in the 14th century I felt like a midget as I visually took in the massive granite stones weighing tons in just one single square block. Imagine how many of these it takes to build a city that was home for up to 1000 people? Can you imagine how they carved shapes to fit together in such a way that not even a knife blade can go between the joins? How did they carve those thousands of steps out of one single rock? I was humbled by the greatness of what had been achieved in less than a 100 years with a civilization that didn’t even know about the wheel.

As our tour guide was sharing her love, passion and knowledge of this sacred place there were so many unanswered questions and probabilities that still baffles the experts today. How for example did they move all the tons of rock? How did they cut the granite when even today it’s difficult to cut with our modern technology? Was there perhaps an extraterrestrial influence?  I dived into my backpack for my pendulum to see if I could pick up on one of the guide’s theories about how the tons of rock were moved, when she hit on the idea of the vibration of sound moving the rock my pendulum was in absolute agreement. O.K science today has proved that objects can be moved with sound but that is light weight objects, not tons of weight!

The Incas considered the mountains, lightening, rainbows, the earth and water to be important deities and they were worshipped for the protection they were believed to provide. My eyes and heart were opened to how even today the country folk of Peru follow several rituals that honours Mother Earth. It made me wish we could collectively learn from their ways as it seems we know only how to take from the very planet that supports us.

Have you heard of the Andean X-ray machine? Wait for it; I’m not kidding you it’s a guinea pig! The guinea pig is used like a scanning machine over the body to diagnose and heal all kinds of illness from Cancer to infections or gastritis. This worshipped animal is then cut open to diagnose the problem as it takes on the symptoms of the person that has been scanned.

To end my trip I went to have a reading with a well known local Psychic, with an interpreter.  I have had many past lives she tells me, one of these was in Peru and I was married to an Inca. She tells me my ego is too strong, (this part didn’t sound so good) I find it difficult to be humble as I’m afraid someone will dominate me.  (Perhaps) I don’t like injustice. (True) I have lots of knowledge, I should write a book, (Umm not sure about that) she is not the first psychic to tell me this so perhaps one day I will! I will open a healing temple she tells me, it will have many different types of healing that people can choose from. Wow, I love that idea so another probability to manifest.

Without a doubt it was a trip of a life time and I left feeling motivated, inspired and responsible for being a part of loving and nurturing this magnificent mother earth we live on. 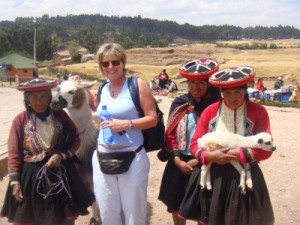